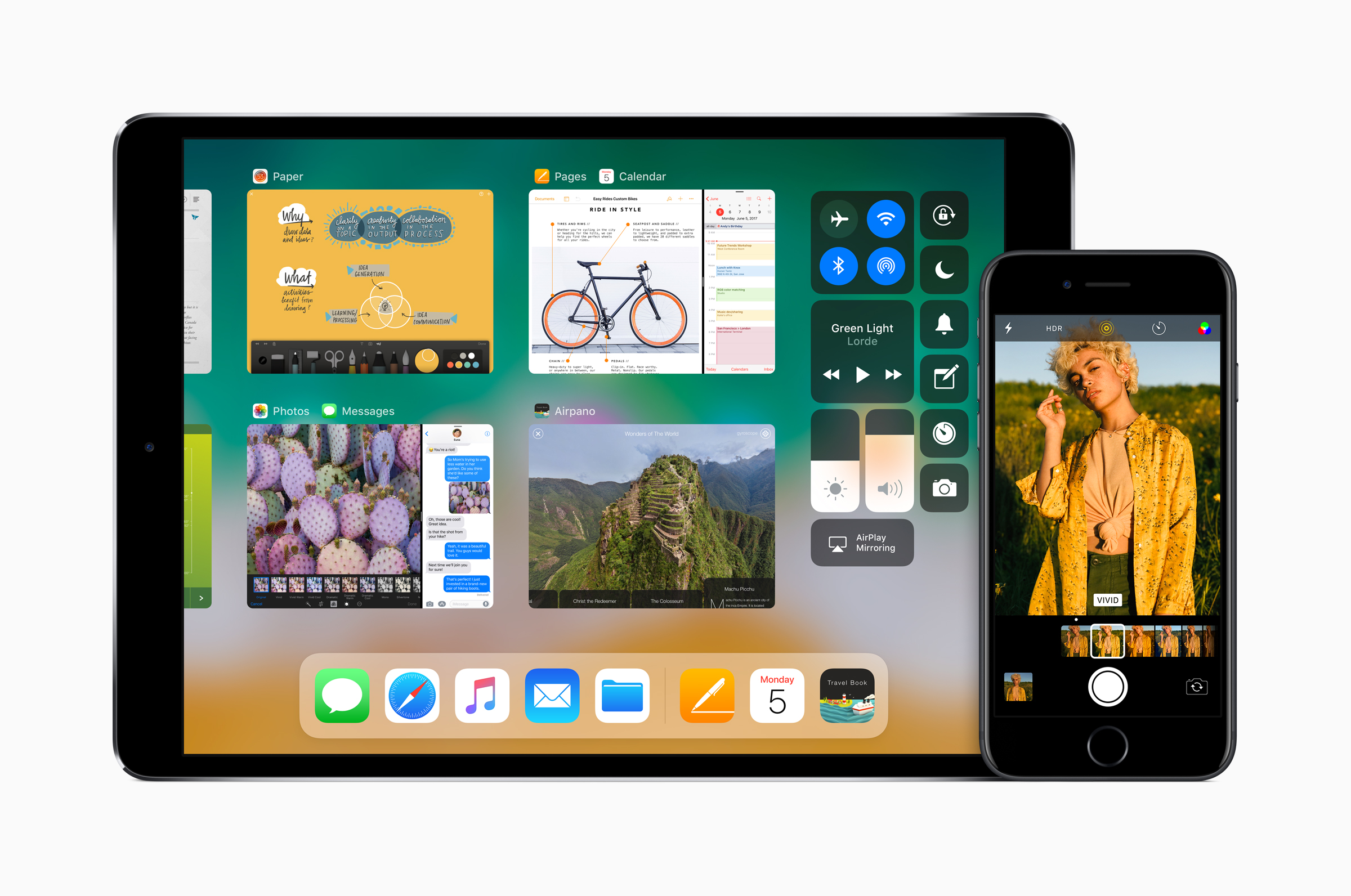 As a digital product agency, June and September come as something like Christmas and Easter to Christians, with the prior, usually focusing on the software. In this year’s WWDC we saw quite a few software, and interestingly enough, hardware improvements to Apple products. As we are not Mashable or TechCrunch, we waited a few days for the dust to settle, and chose our top 11 new things in iOS 11 (without any specific order).

No 1 — Camera functions got even better

For an average Joe, even a few years ago, there wasn’t any big reason to tag your SLR camera along. There were a few reasons, like bokeh and long exposure, but now, even they are gone. Now you can do long exposures with your phone — without a tripod. Yes, it’s fake, like the bokeh on iPhone 7 Plus, but come on — can you really tell?!

And that’s not all. Now you can edit live photos and cut them as you wish. Pretty neat.

It does just what we expect of it. Just what the name says. Or should we say, just what the doctor ordered? With the 3D touch functionality, finally, you can control all the important setting on your iPhone (or iPad). Clean and adjustable. Pretty and usable. Personally — we love it!

(Audiophiles speaking) Once you go FLAC, you never go back. But does it make sense in a phone? Why not?! Combined with capable earphones (not the Apple ones), you have pure audio magic in your hand. No wonder why 16gb models were ditched.

Yes, we said it! QR codes. When you think about it, QR codes are like cockroaches. They are ugly, undesired, superfluous, but resistant little suckers. Like it or not, QR codes, if not here to stay, will be here for a while. And there is no worst thing then finally deciding to scan one, and then realizing you don’t have a QR code scanner. Well done Apple, another third world problem solved.

No 5 — 3D touching all over the place

Apple gave the 3D touch a purpose. From already mentioned control center to Safari and the new tab switching, and other 3D integrations, like the renewed “look up” feature and iMessage. Quick question: what would 4D touch look like?

No 6 — DND mode while driving

You iPhone can now (actually it’s doing much more, be we won’t go there) sense you’re driving, and automatically block your notifications. We remember the first Garmin GPS car devices that did this, and then after a few years for some reason stopped, but nevertheless, this was hands down, a much-needed feature, if not for safety reasons, then for every-time-you-delay-a-start-for-5-seconds-after-a-light-turns-green-god-kills-a-kitty reasons.

Now you can record a short demo right on your phone. If you are a designer or a developer, like us, you’ll probably put a thumbs up to this. If you are a millennial and you just want to record GIF’s and share them on whatever social network kids use these days, you’ll just have to wait, because we’re still not sure if Apple too will implement this feature, as Samsung did.

Did you watch the demo on the stream? It looked Unreal (pun intended)! Seriously, just imagine doing those things in your living room, or wherever you want to. Just when we thought Augmented Reality was dead, Apple opened the pandora box or endless possibilities.

No 9 — Apple Maps Are Not Dead

Remember 2011 when Apple introduced its own maps, calling them Apple Maps. They were awful. But over the years they’ve gotten better, and in iOS 11, Apple finally decided to implement traffic-related features, like in-lane guidance, as well as speed-limit information.

No 10 — Airplay just got better

We love airplay as much as we don’t like cables. The feeling of lust toggling to an Airplay device from your laptop for your presentation, just after you’ve spent the last 10 minutes trying to find the right cable is priceless. And this divine protocol has just got even better. It can now unlock multi-room audio capabilities through Control Center, the Home app or Siri, bringing manufacturers like Dynaudio, Bang & Olufsen, Bowers & Wilkins and Bose along for the ride.

No. 11 — Compressing Your Storage (even more)

If there was a 1TB iPhone, there are people who’d fill it all out with data. Don’t be scared to admit you too are one of those people. A new technology called High Efficient Image File Format (HEIF) reduces the file size of every photo on your device by up to 50% (note that there is also HEVC, which is essentially a H.265 codec for the video).

A few days ago the LaLa Lunchbox app landed on App Store. Even after such a…

Our iOS dev Kristijan is sharing all the tricks and techniques he’s learned to improve the speed and quality of writing reactive unit tests with RxSwift.