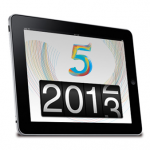 It`s the end of the year, and the holiday season is the right time to for the review of the year 2012. Fortunately, there are no parallels with the eponymous disaster movie title â€“ we ended up with 43 employees, stable growth, positive result, and on the rising trajectory with a clear vision of where we want to be in 3 years.

Last year we celebrated plenty of new opportunities and interesting contacts, spent days and days on Skype calls around the world. There are plenty of stories to tell â€“ for example, on two occasions on the Croatian market we invested a great deal of time, effort and energy to prepare offers for well known clients` formal RFPs only to get the reply from one client that mobile business is no longer their priority while the other didn`t even bother to send us the feedback. Interestingly enough, our biggest defaulter on the debtor list is coming from the U.S., while in Croatia we have managed to collect debts older than a year. Even if we look back at the calendar of 2012, it can be demotivating only to see how long we have been working on some projects or how much time was spent on the negotiations with new clients. Looking at it on the positive side, I can say that it just shows that we are entering the market of major international projects and longer sales cycles. 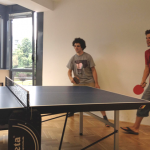 The year started with the hunt for the new office space. Actually in January we had found our current office, but we didn’t move in until mid June. Our cool new office of 400 m2 in Knežija, neighborhood in the western part of the city of Zagreb, is just five minutesâ„¢ walk away from the previous office location. One of the office rooms was â€œsacrificedâ€ for the table tennis activities, but due to the constant growth of our team soon we will need to be more creative in organization of working space in order to keep the room reserved for the most important activity in our office. There were weekend tournaments, night duels, epic duels in 5 sets and bunch of trash talk. Way to go! 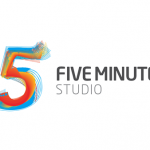 In the past year, following the footsteps of ShoutEm, we have founded the company in New York, Five Minutes Studio Inc. Actually, the process is quite simple, fast and not at all expensive, all you need is a capable lawyer (if you need a recommendation, let me know). So through our New York office we made lots of new contacts and met many of our clients with whom we created series of applications like Spotify application for Matador Records, awarded LaLa Lunchbox, useful SweetPicks app and smart The Fit Brains Trainer app, as well as participated in the NYC BigApps 3.0 contest. Besides long-lasting partnership with Real Networks, we started on couple of more similar cooperations with clients like LiveWire Mobile and Verve Mobile. We support both of the new clients in the area of mobile and server side application development and with such clients, where we have project autonomy, greater responsibility and long-term partnership, we plan to build our company. 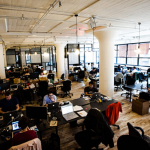 We met a bunch of interesting people last year, and besides having meetings in WeWork, the co-working space where our office is located, we also had less formal meetings in places like Starbucks and Chipotlea (burrito!), and very formal meetings in huge meeting rooms on top of NYC skyscrapers, where we tried to show up in as large as possible numbers to avoid talking about the 40-member team, but actually standing there alone in front of a dozen of inquisitive stares. We have special memory of visiting G-Unit Records team, founded by 50 Cent. But there were missteps too – hiring external sales consultants who work for a fixed monthly fee proved to be a failure. We`ve lost count of number of transatlantic flights we’ve had, with sometimes even free upgrade to business class (experience ruined by flying back in economy class as in the saying, “now you have it, now you don`t”). We were also comfortable with making exotic two-days trips to Seattle, learning techniques of how to inflate an airbed in just a few steps, distributing Croatian chocolates to visitors on our stand at the South by Southwest conference in Texas, and Viktor’s apartment in New York sometimes really looked a lot like a bus station. Fun times! 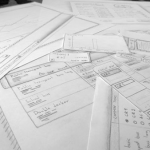 Meanwhile in Croatia, we’ve been building a team carefully and numerous interviews resulted with acquisitions of ingenious new team members. We reinforced quality assurance team in Osijek office where now we have team of 6 offering independent QA services, and one of our larger clients is AVL. Also we rounded out our UX team, Five Minutes Experience team – although the working principle of this team has been applied in all the projects since the beginning of the company, now the process became more formalized and we`ve reached the better quality and speed, as well as improved prototyping and wireframe creation process.

One of our interesting mobile solutions implemented for clients on the local market is the digital publishing solution for magazines, presented in Croatia Magazine, iPad and Android tablet application created for Croatian National Tourist Board as well as Croatian IT magazine for iPad, (Bug.hr. The usage of our mobile solution for retailers has been expanded to Serbian market through launch of the new m-IDEA application. We have also been preparing new mobile solutions for different industry verticals, but we’ll leave that for 2013. 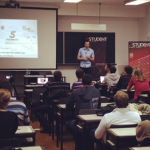 Throughout the year we cooperated with the universities attracting the best students and presenting them an alternative to job offers from Facebook, Google and other giant companies abroad. Through collaboration with eSTUDENT we sponsored the App Start Contest in the development of mobile applications and as a part of â€œA day-trip to my future workplaceâ€ we hosted a group of students who were interested to visit our office and spend a day in our company. For students, we held a number of technical and business lectures, either through official curriculum on FER (Faculty of Engineering and Computing) or through special events and the Student Tech Club. Furthermore, we sponsored BEST Code Challenge 3.0 competition. In the local tech-community, we are active through conferences (primarily lectures on WinDays, Weekend Media Festival and WebCamp), mentoring in Zagreb Entrepreneurship Incubator and Founders’ Institute, and we are still active in promoting the software export through CISEx. 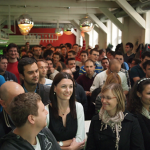 We have launched a new series of events called Zagreb Tech Meetup focused on local startups and technology behind their tech products. On each event we hosted five startups with 7 minutes presentations of its product focusing solely on technology. So far, in a popular Zagreb club Pepermint, we have presented all together 15 startups already and through 2013 we plan to continue organizing such events on a quarterly basis. Today when everyone is talking about investments, business plans, struggles with bureaucracy and crises, we decided to deal with something that got us where we are now – technology.

But I’m very happy to mention all the great things that happened inside the company. Moving to the new office space where we are no longer separated in small rooms made us more homogenous, although table tennis, regular Friday After-Work-Beer gatherings and paintball on Sljeme contributed to it as well. In 2011 we grew moustaches and in 2012 we grew beards. Knowing that here at Five Minutes most of us are real music-addicts, it is not a surprise that we have created our own internal Five Minutes radio station and developed our own streaming music software for the local network. And with regular tech-talk gatherings in our coffee-room we tried to overcome barriers between teams and share specific technical knowledge. 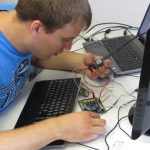 And of course, probably the most interesting activities were Hackathons. So far we held two and each was reported on our blog (#1 and #2). Those Saturday activities resulted in a series of amazing projects – from the presence detector in the table tennis room (because waiting in front of the toilet doors is OK, but waiting for the table tennis not so much) to the automated system for unlocking the office door. So at the entrance of our office now we have an Android smartphone installed at the doorknob used for typing in the code and everyone has got a special mobile app for entering the office.

Finally, we recently published a job ad seeking 6 developers. So far we have found one, but the interviews are continuing and we expect new team members in January and February. And to quote a Warcraft peon, in 2013 we are ready for â€œwork, workâ€. We will dig deeper and push harder trying to forget the local environment we are in and focus on growth, new jobs, new businesses and outline Croatia on the world map of software and excellent technical knowledge. Good luck to all in 2013!

Kotlin Multiplatform – A New Kid On The Block

FIVE’s been in mobile app development for some time. In all the years we’ve been at it, we’ve seen mobile development evolve dramatically — we’re excited to always keep up with and pioneer any new tech that comes our way!

Git merge and rebase have the same purpose – to converge multiple branches of development. Although…