There is more in the making says the event’s title. And that’s exactly what Apple showed us. We’d already seen a bunch of cool things Apple made for the fourth quarter, but what’s more intriguing were the hints and rumors about the evolution of other iOS and macOS devices. 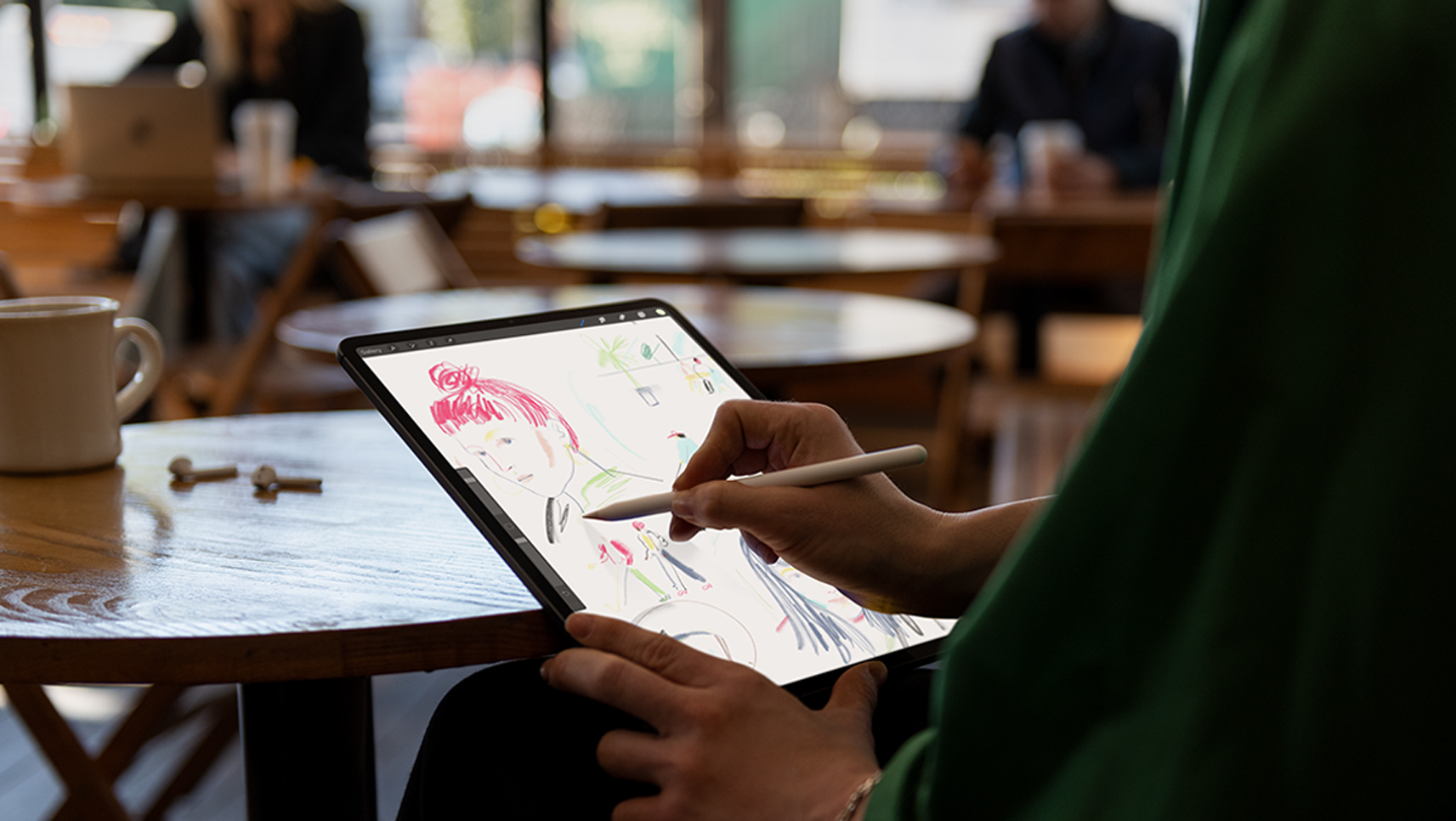 Apple immediately reiterated its dedication to the Mac. Prior to the event, we all knew the iPad Pro would be the star. Apple had previously updated both the MacBook and MacBook Pro, but there were still two other items in the Mac product line with an uncertain future. The aging MacBook Air seemed sure to be discontinued, yet Apple decided to breathe the new life into its iconic design by making the Air more compact, removing its aluminum bezels, and giving it Retina Display along with all the other latest specs. The Air is not only on par with MacBook and MacBook Pro in its appeal, but it now leads the lineup in environmental friendliness, one of the Apple’s key branding imperatives, as it is the first Mac made out of 100% recycled aluminum.

The beloved Mac mini, passed over for more than four years, also received the update of a lifetime. It was re-engineered with top-of-the-line internals that will make it relevant for years to come all while encouraging its user base to reconsider its potential and capability. 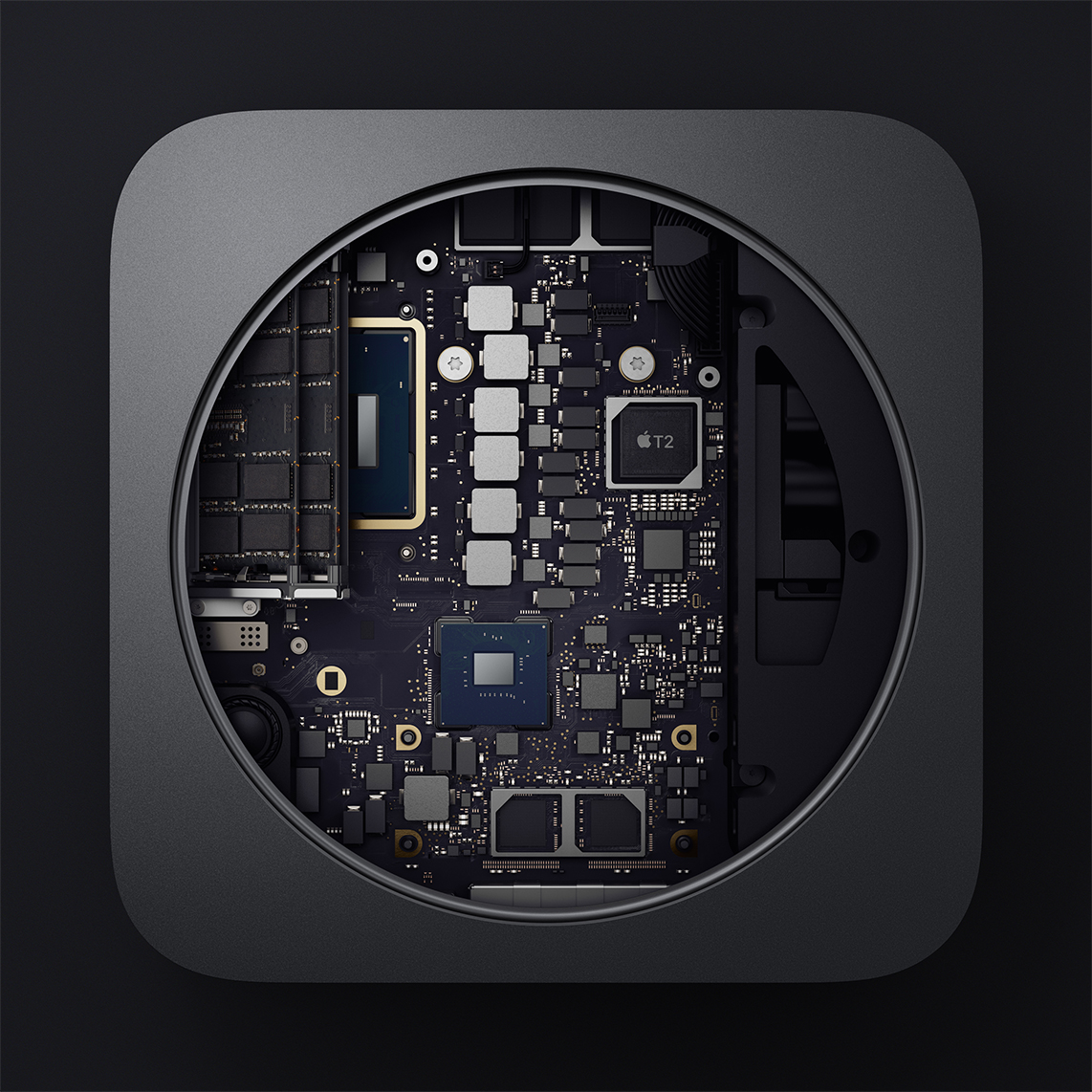 It is no longer a low spec Mac. Now it can be configured to the degree of specs we see in other Mac desktops. 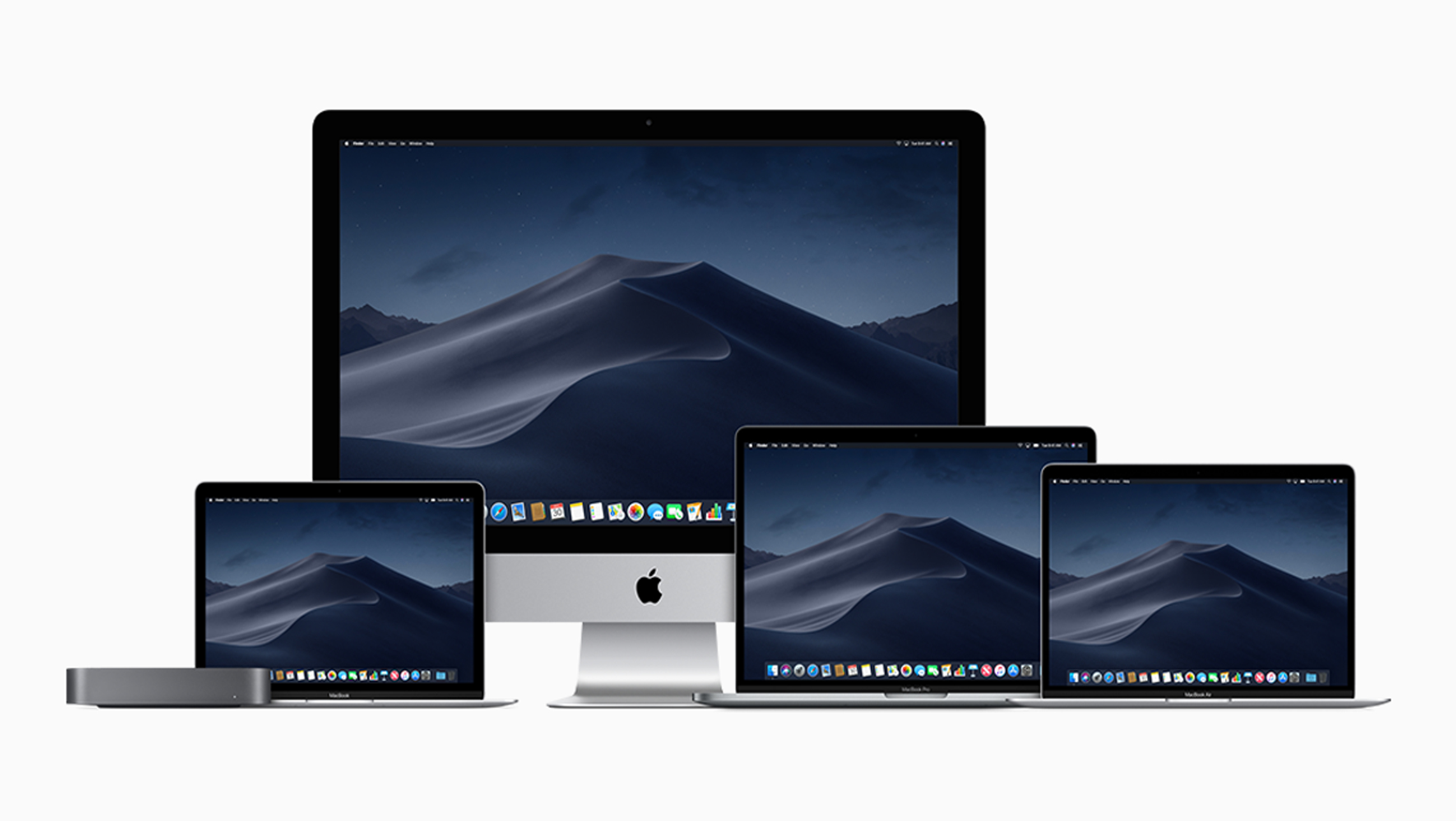 These two Mac updates signal a new trend: gone are the arbitrary spec restrictions for particular models.There are now more options a user can choose to configure for each model in the Mac product line, all at a price, of course.

After the (re)introduction of the Macs came the star of the show, the iPad Pro. Apple’s message was all about change. Apple touched upon changes it literally made to this years models, but it also addressed changes the Mac and the iPad are facing together over the coming years, their shared future. 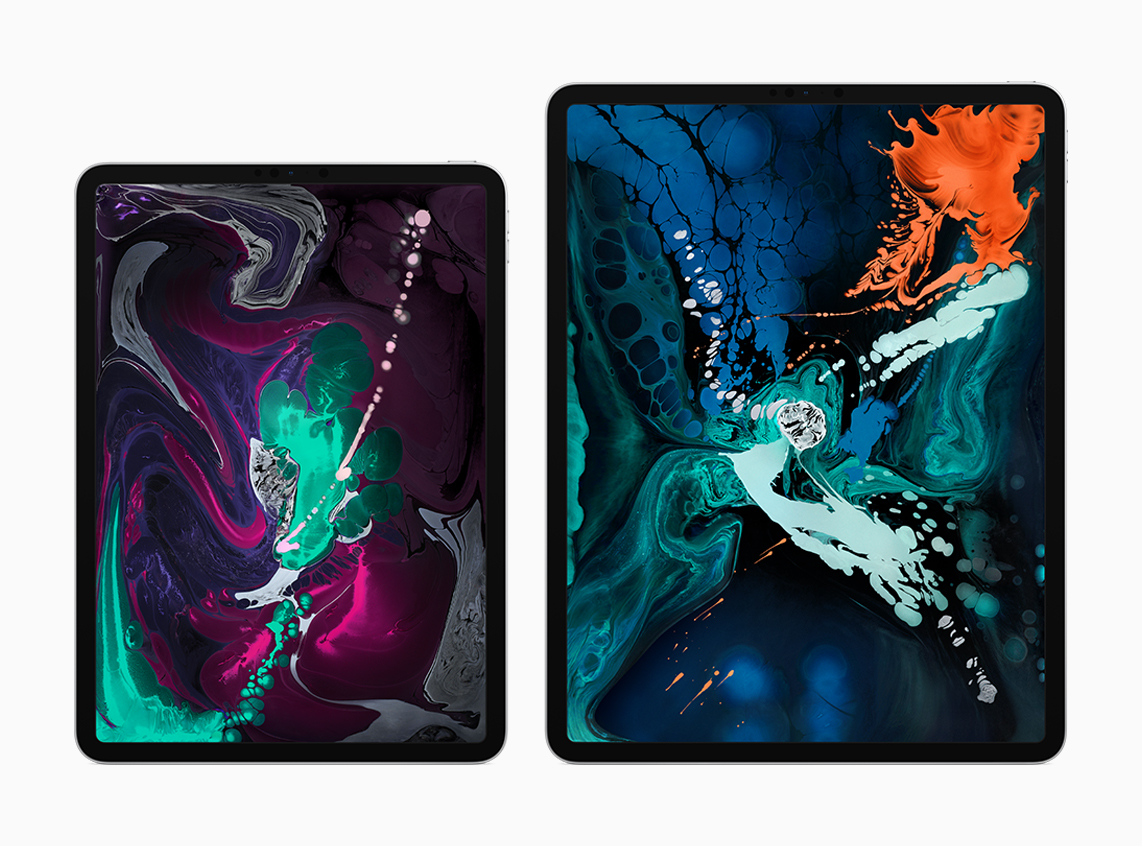 The new iPad Pro was completely redesigned, undergoing its biggest changes since the original, said Apple. It comes in two models with different sized screens. There’s an 11-inch and a 12.9-inch. The 11-inch had its aspect ratio changed and it is housed in a similar sized body like the old 10.5-inch, though thinner and negligibly lighter. Its size is just about exactly the same as A4 paper. The 12.9-inch arrived in a much more compact body than before, with the same thickness as its smaller namesake. Both iPad Pros feel like a much more modern experience: sleek and better looking with the huge ProMotion edge-to-edge screen, rounded corners and no home button design. They now come with Face ID and fluid gestural navigation, like new iPhones. With much thinner bezels and a trim 5.9 mm thickness, both are very striking to look at and to hold – at least this is how the excited crowd in Brooklyn described them after trying the new iPad Pros in the demo area.

Apple talked in great detail about the entirely new design but the message was even more focused on the new iPad Pro’s performance and, though seemingly small, a USB-C connector that allows connectivity to a range of new peripherals like cameras and 5K monitors; it can even charge other devices. These two topics again hint at the main theme of the event: the Mac’s and iPad’s common future. Both devices are equally important yet their product categories are less separate than they were in the past. The iPad Pro, with its redesign, has more tricks to offer and be considered as a computer for the modern age.

The iPad Pro is obviously much faster than previous models thanks to an A12X Bionic chip with its 10 billion transistors in 8-Core CPU, 7-Core GPU, and second generation Neural Engine. It is 35% faster in single-core CPU performance, 90% in multicore, 100% faster in graphics, and the Neural Engine, offered for the first time in the iPad, does the same 5 trillion operations per second just as the A12 in new iPhones.

It is even more impressive if we look back how it compares to the original iPad from 2010. It is now 50% thinner, 30% lighter, yet it has a CPU that is 35 times faster, graphics a thousand times faster and much smarter thanks to the Neural Engine.

It is 35% faster in single-core CPU performance, 90% in multicore, 100% faster in graphics

In fact, it is faster than 92% of all portable PCs selling right now. It’s even faster than the MacBook Air announced that same day, in both CPU and graphics performance. In graphics, it is as fast as an Xbox One S even though it is 94% smaller.

The Neural Engine is in a league of its own, no Mac has it, they all still use off the shelf Intel processors. The Neural Engine will enable machine-learning powered features like those in the upcoming Pixelmator Photo. Core ML runs so much faster compared to the previous generation iPad hardware that could use only standard GPU acceleration for such tasks.

USB-C connector is also an interesting change, probably more so in the future when software support for external peripherals also matures.

More tricks iPad Pro can offer with its unique accessories

The newest iPad Pros show they are coming closer to Mac in every sense. They now use even the same chargers and charging cables and can do things we take for granted from a traditional computer, like powering other devices, connecting to the largest displays and other pro accessories.

However, iPads and iPad Pros are not about replicating Mac features, they try to reimagine them, replace some of them with new and better ways suited to their design.

The new Smart Keyboard Folio is a replacement for a laptop keyboard for people who still need it in their workflows. Drawing on the screen with the Apple Pencil is purely an iPad experience, something that no Mac supports.

The Apple Pencil is already a fantastic drawing and writing tool, the best of its kind, and now it comes in an even more practical second generation design. It has a better grip, and it is much more practical to store, charge, and pair as it now magnetically attaches to the iPad and charges wirelessly.

The second generation pencil introduces a handy, new interaction. The user can double tap the pencil to perform app supported actions. Apple’s Notes and Markup can use it to switch between the current and last used tool, current tool and eraser, or to show the color palette. These actions are user configurable as system-wide preferred actions that third-party apps can also endorse or they can implement its own actions if something else makes more sense for a specific app.

Apple Pencil already makes an iPad or iPad Pro the best note-taking and digital drawing device for students, with more and more designers and artists using the Pro as their preferred work device. All before Adobe became serious about porting their full versions of its applications to the iPad.

The hardware is here. The true power of iPads is now something that only great software can unlock, starting with iOS updates, and equally so with third party developers like us who can make small and big wonders alike which wouldn’t otherwise be possible on a computer.

To finish a project successfully, you first need to know how much time a certain task…

It’s my first day of Boot Camp and my mentor isn’t here!

How to survive your first week of Boot Camp and not despair when things don’t go as planned? Find out firsthand from our Bootcamper Lora.