How to Import a Large Data Set Using Core Data 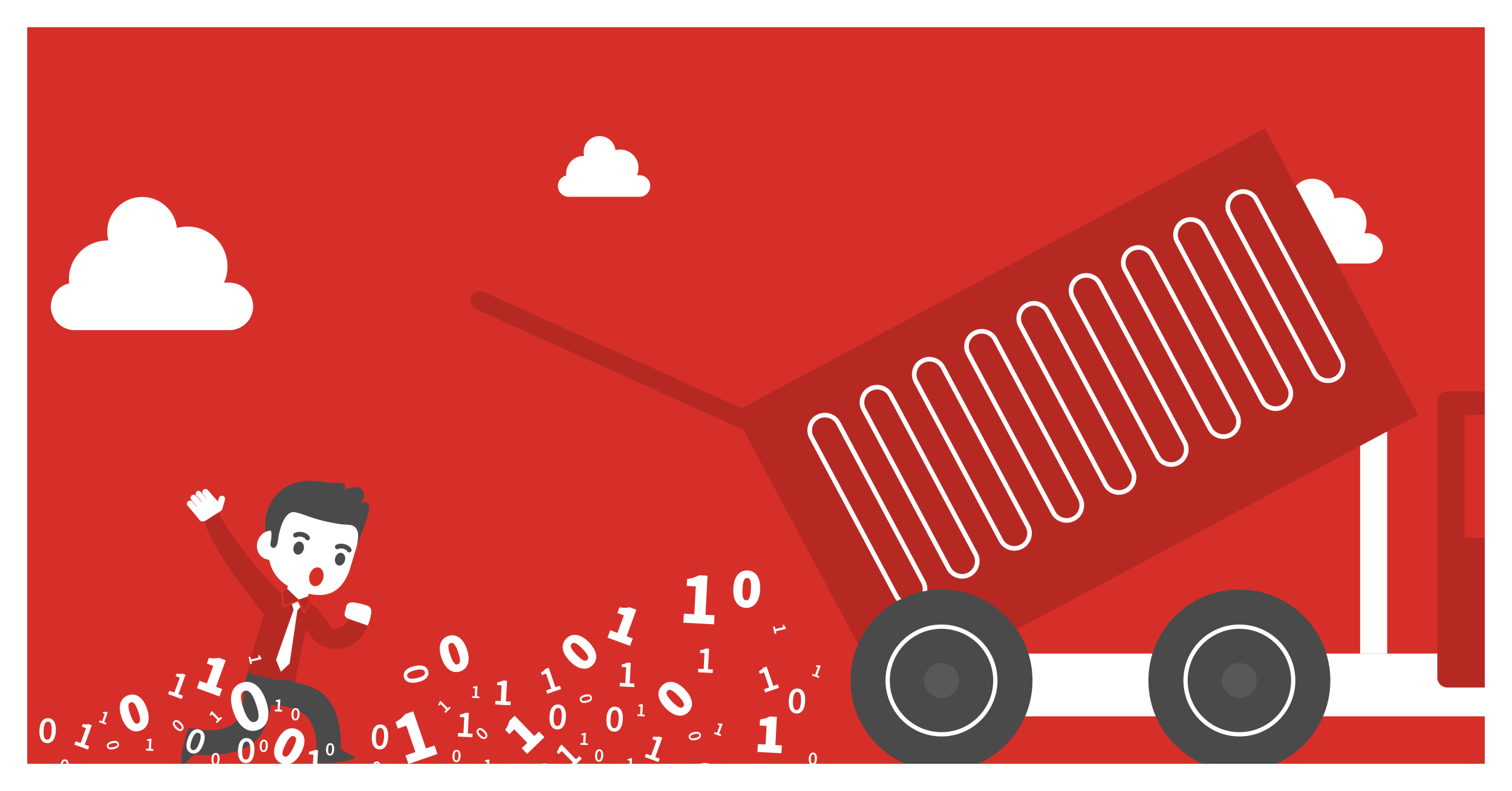 When importing large data sets, the primary goals are minimizing the memory usage, the duration of the import process, and keeping the work off the main thread as much as possible. 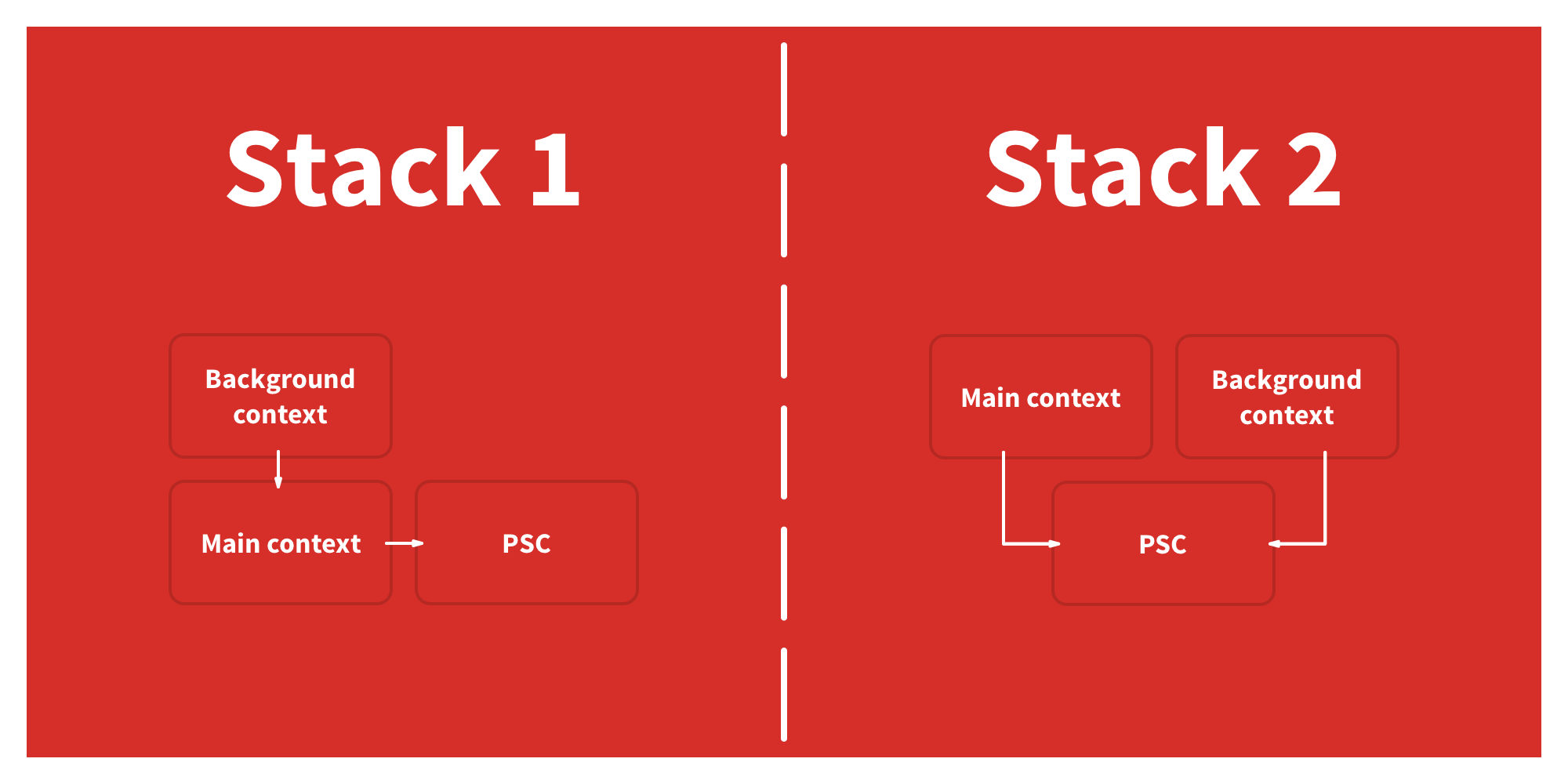 For the import operation, it makes sense to use a background context because we want to keep the work off the main thread.

The advantage of this stack is the fact that inconsistencies between main context and a persistent store cannot happen, because every object passes through main context before reaching the store.

The disadvantage is that pushing to parent context is memory expensive operation. Even if you save contexts periodically and release child context at the end, parent context will grow in memory and only resetting can help, but the resetting of the main context is something we want to avoid in practice.

In the case of sibling contexts, saving of the background context pushes objects directly to the store. You can choose whether you want to merge changes to the main context or not. From memory usage perspective this is more appealing. The problem is that inconsistencies between the main context and persistent store can happen (more on that later).

Problems with memory can also happen in the case of the sibling contexts, if you are deferring save until the end of import. Context will become too large during the import process, and use a lot of memory as it can be seen in the following picture.

You can improve this if you save and reset the context periodically (i.e. every X items). Periodical resets will clear the memory periodically, and therefore prevent it from growing. Of course, you want to save the context before every reset so that you don’t lose any data. It can be seen in the following picture that improvement is drastic. 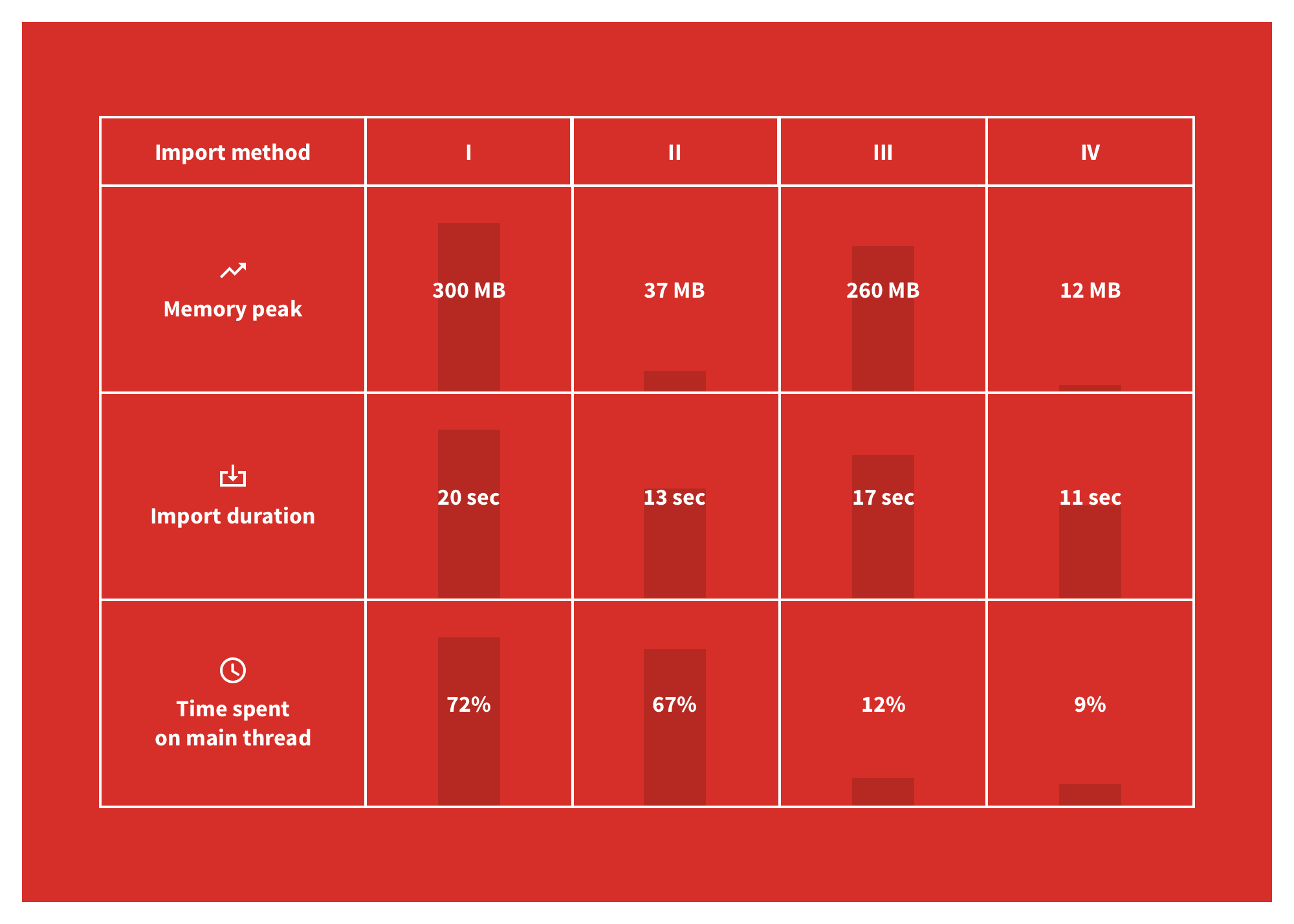 From results of measuring, it can be clearly seen that last method trumps others in all three aspects and therefore is preferable choice for this kind of problem.

When merging changes to main context in case of sibling contexts, you have to be aware that mergeChanges(fromContextDidSave:) method behaves differently on iOS 9 and iOS 10.

Take a look at the following scenario where you might enter into undesired behavior if you are targeting iOS 9.

This behavior was reported long ago but it was ignored until iOS 10.

There are few ways how to fix this on iOS 9.

After that, you can call mergeChanges(fromContextDidSave:) and it will do its job.

Another way is to manually refresh the updated objects that were not in mainContext’s registered objects after merging the changes. That is achieved with following code.

The interesting thing is neither of these two approaches adds additional performance overhead.

How to Build Soft Skills and Grow Your Impact?

We pinpointed a few key skills that proved detrimental to people’s development through all of our experiences gathered while running a product development agency with 200+ people.

How to Decide on The Right Tool in Less Than 5 Minutes? User research is one…